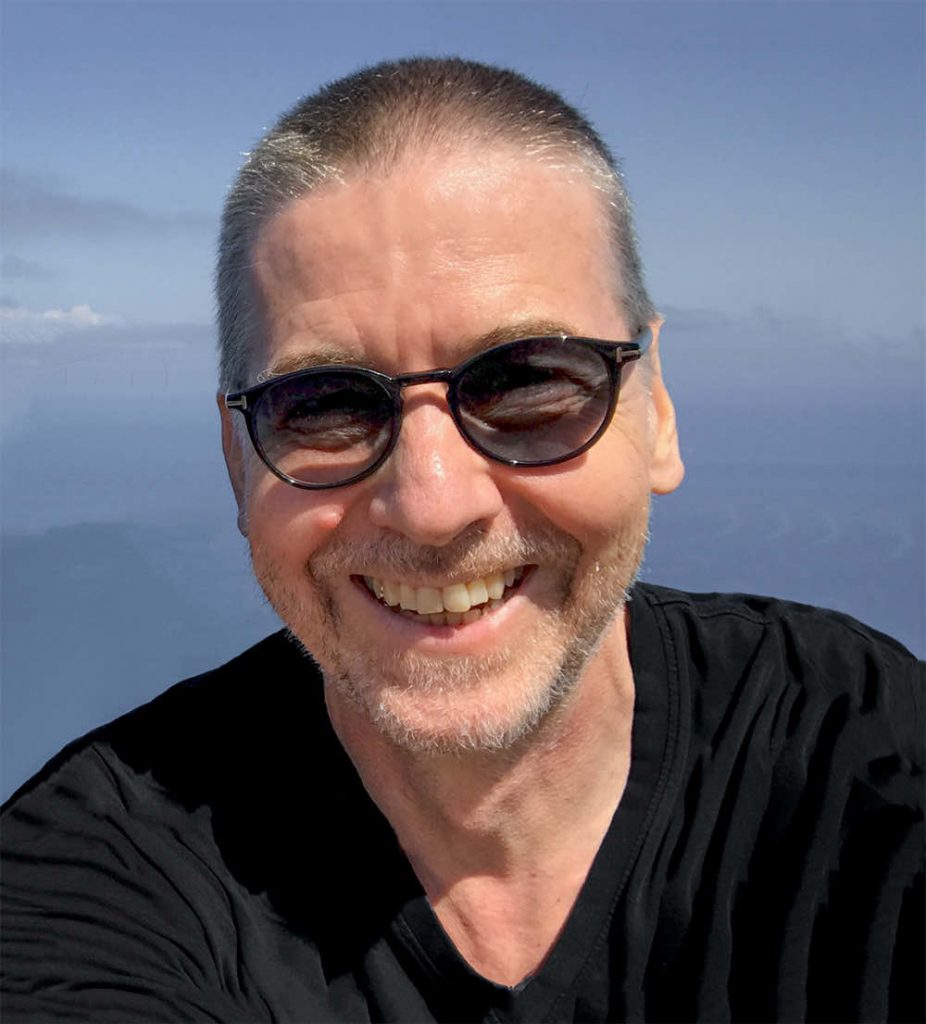 Whatsoever you see creates its echo within you, and in some deep sense you become like that which you see.

“When I look at Meera’s paintings, it is as if they want to call me forth from my limited vision of the world into another world, where all limits dissolve for our ordinary senses, like a call of freedom! I have known her paintings for so many years, but never ever have I felt, ‘Oh, this one I know!’ Every time they appear to be completely new.”  Premendra

Premendra was born in Cologne, Germany, in 1957. From 1975 to 1978, he studied photography and anthropology. In 1980, he started a carpentry shop in Cologne. On various travels throughout Germany, he acquainted himself with the different carpentry styles and approaches in this country — without staying in one place, however — which is the prerequisite for a “recognized” training. He was fascinated by Japanese woodwork and you could see this passion in almost every one of his works.

From 1983 onward he lived for several years in Osho´s communes, mainly doing carpentry work. In 1998, he stopped working with wood and became a graphic designer for the German Osho Times, where he remained responsible for the art work until 2008. Since 2008, he has been working as a freelance photographer and graphic designer.

In 2010, he started the “Meera Art Print Project”, traveling around the world capturing Meera Hashimoto’s paintings and creating state-of-the-art prints of the paintings of Meera. Meera´s digital archive now comprises near about 1.900 of her paintings, covering everything she did since 1973.

Five years later he moved to Hokkaido, the northern island of Japan, and initiated two more art print projects, one of paintings by Deva Padma (devapadma-prints.com), a well-known artist and his own photography portfolio (premendra.art).

The fine art prints are checked by hand, given a protective cover and placed in art-secure packaging. In case of transport damage, please take a photo showing the damage and send it to us. You will receive a free replacement.

The shipping price will be displayed before the payment.
Please note that import duties may apply to some countries!